5 Reasons to Vote NO on Legacy T Extension 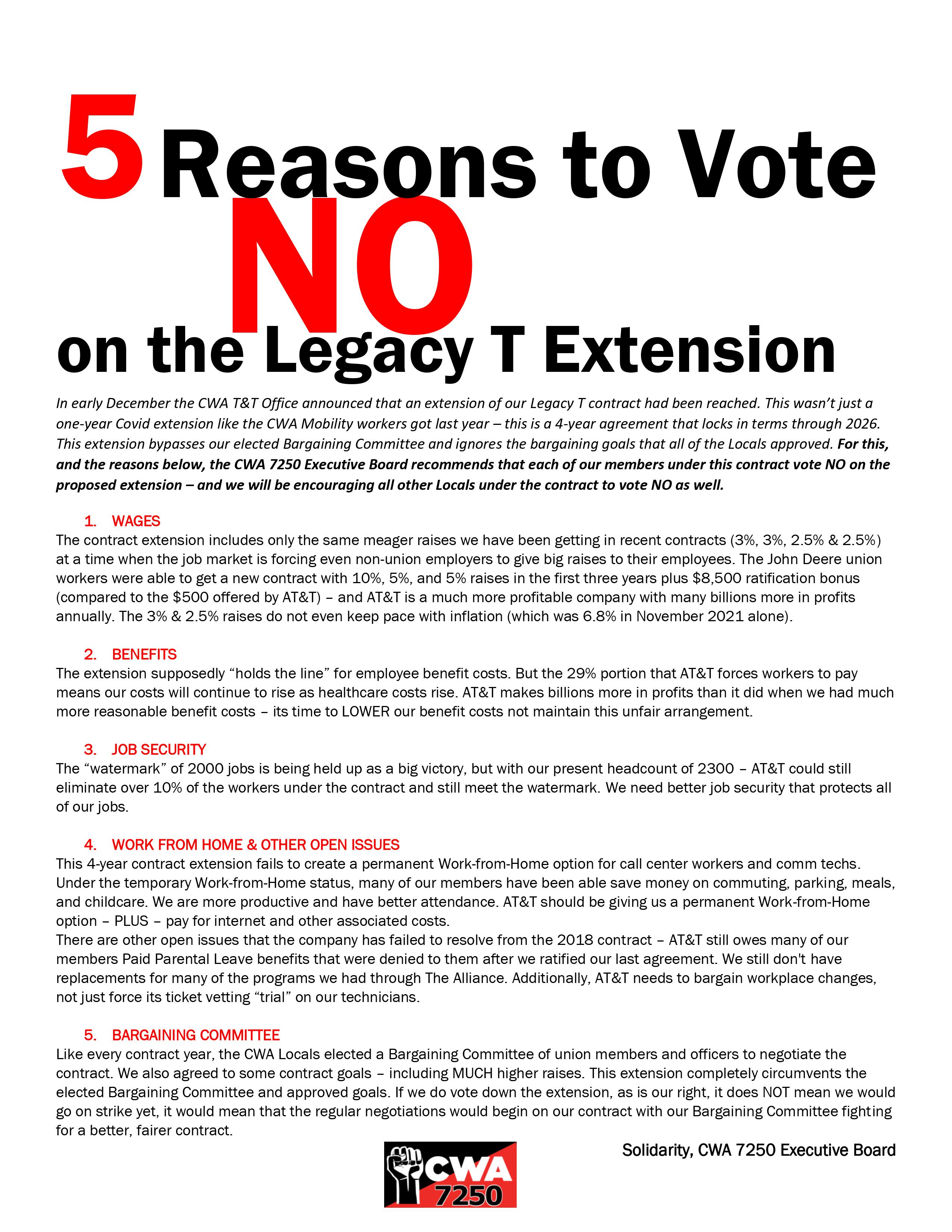 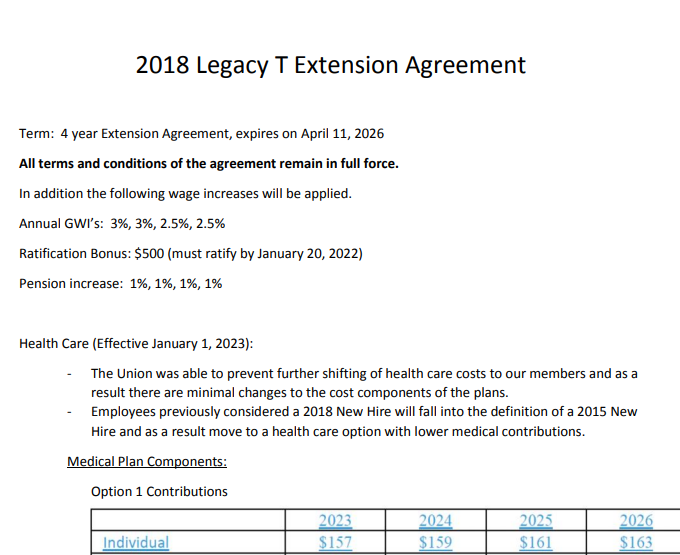 1. Resolution in Solidarity with the Protests in Cuba

The Communications Workers of America Local 7250 stands with the Cuban people protesting for freedom since the events of July 11 across several cities in Cuba.

In the first international call between our two nations and parent companies in 1917 where Cuba replied," I don't understand you." CWA 7250 understands /we come from a rich history since the beginning; with our founder Joseph Beirne, our union helped union leaders from The Federacion Sindical de Telefonos Cuba escape Cuba once Castro purged the labor movement in Cuba in the early '60s. CWA has always stood in full solidarity with Cuban workers and with the Cuban people in their struggle for labor, human and democratic rights.

CWA 7250 condemns the Cuban government's continued imprisonment, arrest, torture, and other acts of unconscionable harassment against its own people, the working class. CWA ask the Cuban regime to hear their people and serve their needs at this vital moment rather than enriching themselves and using violence and terror. We ask the CWA and all other unions and movements for justice in this country to give solidarity to the protest movement, grassroots organizations, and independent unions in Cuba - and not to the dictatorship.

2. Resolution for National Day of Action Against AT&T's outsourcing, job cuts, and union-busting

Whereas AT&T promised to create 7,000 new jobs when lobbying for the 2017 Trump corporate tax cuts, and

Whereas AT&T instead has CUT more than 42,000 jobs,and

Whereas among these are the over 500 unionized Retail stores that have been closed and often replaced by non-union "authorized retailers" with the same branding but with substandard wages, benefits and safety conditions, and

Whereas there are real people behind these numbers like Mali Flores, a single mom of three children, who worked at the AT&T store in West St. Paul, MN throughout the COVID pandemic. The West St. Paul store was the only fully bilingual store in the state of Minnesota that attracted Spanish-speaking clientele from across the Twin Cities metro area. Mali and her co-workers not only worked through the pandemic but also survived an armed robbery - for which they were only given one day off. A few months later the company closed the well-performing store and flipped it to a non-union "authorized retailer", and

Whereas CWA 7250 has initiated the #DefendOurJobs campaign to publicly oppose AT&T's attacks on unionized workers, including public protest actions, pressure on elected officials, and preparing for job actions next year, and

Whereas there is a need to expand actions against AT&T across the whole country to highlight the attacks the company is carrying out and CWA's willingness to fight back, therefore,

Be it RESOLVED that CWA shall call for, organize, and carry-out a DAY of ACTION in December 2021 against AT&T's outsourcing, job cuts, and union-busting, involving a range of different kinds of actions across the country fitting the needs and abilities of Locals in the area.

Whereas AT&T has successfully used the many separate contracts with our union to divide our members and neutralize our full strength, and

Whereas CWA is an industrial union that has always believed in exercising workers power across the telecom industry, and

Whereas there is strength in numbers and in preparation, therefore

Be it RESOLVED that CWA will constitute a 10-person AT&T Strike Committee elected by the Locals representing expiring AT&T contracts in 2022. The mission of the committee will be to plan and be prepared to execute a powerful strike that would shut down AT&T and win the full, just demands of CWA members across all AT&T contracts.

No Justice, No Dial Tone!

Whereas U.S. labor law prohibits jurisdictional strikes, wildcat strikes, solidarity or political strikes, secondary boycotts, secondary and mass picketing - the very tactics that built the great industrial unions like the CWA in this country, and

Whereas these laws continue to restrain the U.S. labor movement for the benefit of a few billionaires and their corporations, and prevent the working class from living full, empowered lives with necessary resources for housing, healthcare, education, and recreation

Whereas CWA agrees with the great liberation organizer Martin Luther King Jr., that "one has a moral responsibility to disobey unjust laws” and so therefore

Be it Resolved that CWA opposes Taft-Hartley and all unjust anti-labor laws and recognizes that they must not only be overturned legislatively but through the active defiance of the labor movement.

Your answers will be anonymous and used to help inform our Union on the direction and priorities we should take.